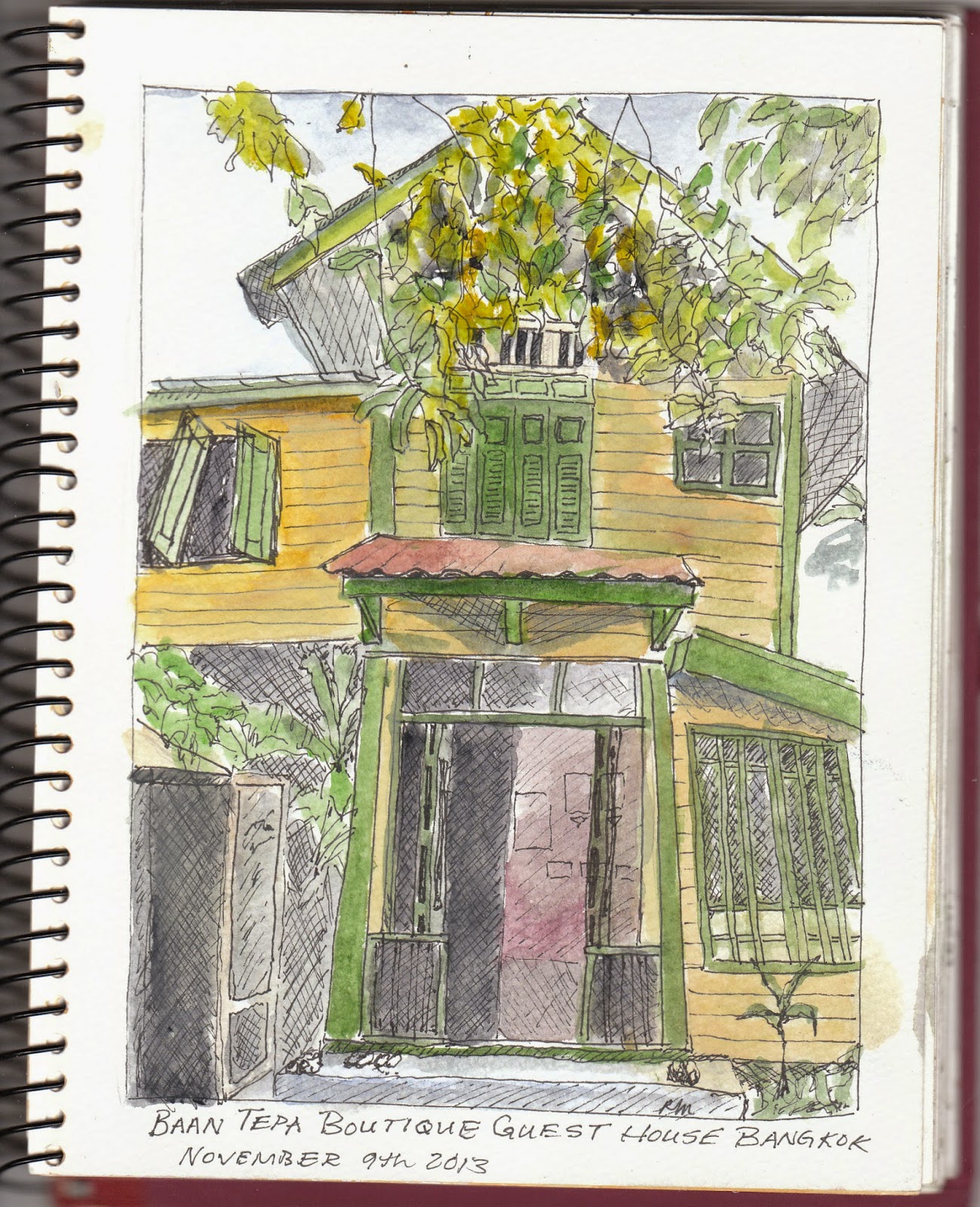 Ruth: We made it to Bangkok even if our bikes didn't. I am guessing they spent some more quality time with the customs boys at the Seattle airport. We are hoping they will be delivered today.

Our first day in Bangkok was a calm and tranquil one. We are nicely settled into the lovely Baan Tepa Boutique Guesthouse where you would never guess that you are right in the centre of Bangkok. The backpacker chaos of Khoisan Road is less than two kilometres away but a world apart from our little oasis.

Our day's excursion out to visit one of the less touristy floating markets, Khlong Lot Ma Yom, was also a pastoral surprise. This network of canals is a living water community that has now become a popular weekend excursion for Thai families. 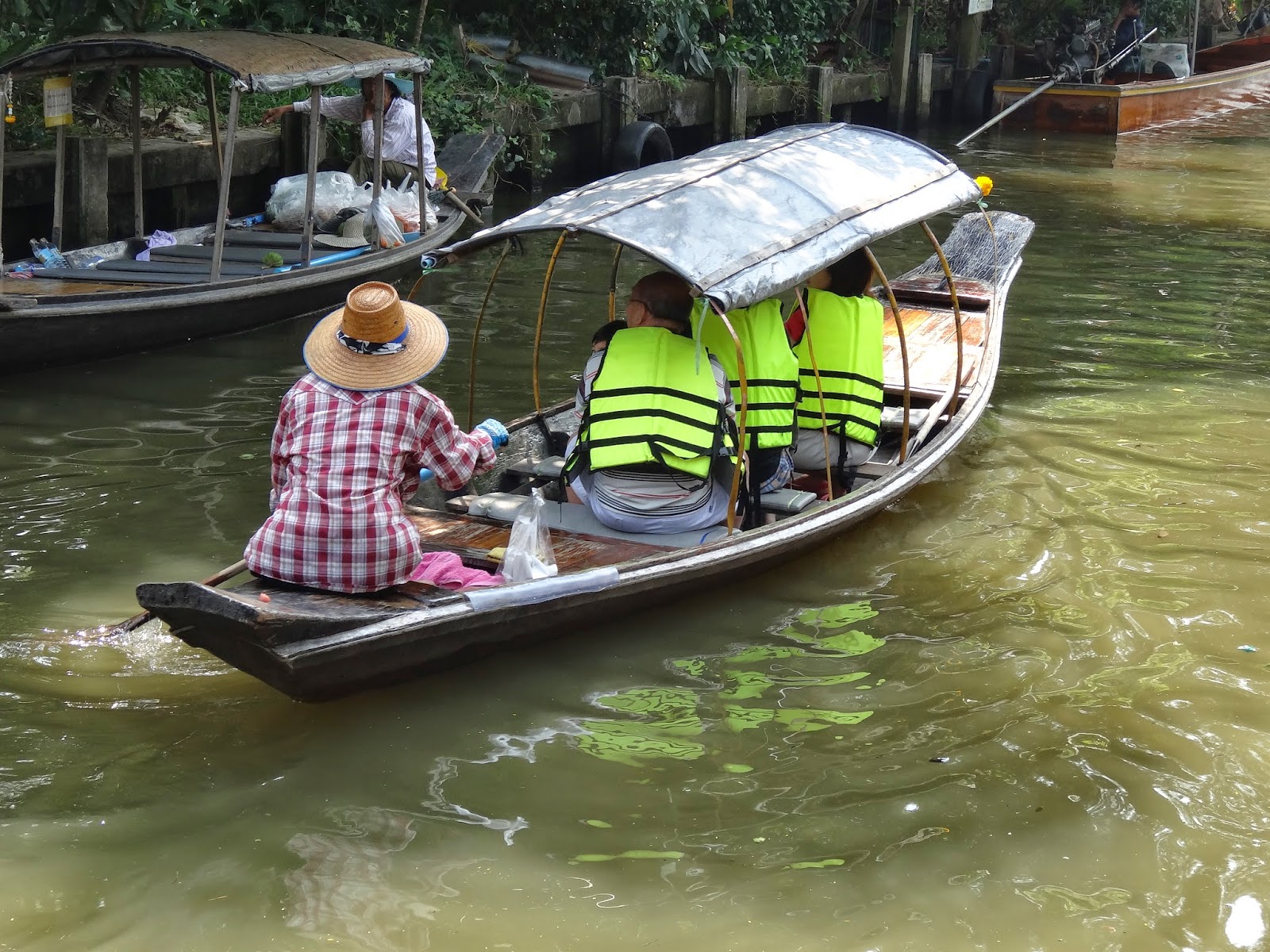 Gordon: We may continue to lie low on our second day, as the opposition to the government is promising the largest protests they can muster. These will occur a few blocks from our guesthouse, as we are located near many of the important government offices. This morning we walked by an education administration facility with an enormous expanse of unspooled razor wire on the grounds. It was pretty in the early morning light, but unsettling in its imagery.

Reassuring note to Ruth's mother: we are quite safe and will merely remain inside our guesthouse if there is any violence on the street. In any event, I am wearing an orange shirt, which our landlord tells us is seen as a symbol of compromise between the red shirts of the government supporters and the yellow shirts of the opposition. More significantly, as farang (foreigners) we would not be targeted.